What does the future hold for car brands? 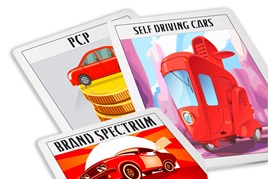 Defining the nature and value of a “brand” is one of the great growth industries of the past 20 years – league tables of brands are almost as common as internet lists of celebrity mishaps.

However, at its simplest, the value of a brand is the premium people are prepared to pay to own that brand’s product rather than buying a similar product directly from, say, the XYZ Manufacturing Co. of Beijing.

So Apple’s brand value is immense – smartphones are not that hard to make, but competing directly with Apple is something very few companies achieve.

With cars, brands fit into a spectrum from economy (epitomised by the hugely successful Dacia) through value (e.g. Kia), mainstream, (e.g. Ford) to premium (e.g. BMW). People tend to think that the past 30 years have been all about the rise of premium brands, but that is not the whole story.

The BMW 5 Series has certainly thrived, while the Ford Granada has died, but the real story is the decline of mainstream brands. Both value brands and premium brands have thrived, because people no longer feel the need to “play it safe” with a Ford or a Vauxhall. Younger readers may even wonder why Ford or Vauxhall were ever considered safe choices. However, until the 1990s, many UK buyers thought European brands like Citroën or Seat were too risky and hard to service, while premium brands were unaffordable.

Now that virtually all cars are dependable, and premium cars are relatively economical to run thanks to better resale values, mainstream brands are under pressure both from below and above.

An end to car ownership?

The other great change has been attitudes towards car ownership. Firstly, young people are less interested in cars than they were: the proportion of 17-20-year-olds with driving licences has fallen from 43% in 1995 to 31% in 2014. Secondly, relatively few people now own a new car outright, as they are either company cars or obtained through PCPs (more than two-thirds of new cars bought privately are financed via PCPs).

“For 15 years, the car industry has been toying with the idea of ‘usage not ownership’, but it finally seems to be an idea whose time has come”

Indeed, some car manufacturers and dealers are so keen to move the metal that they call buyers after just 18 months and ask them if they would like to swap their cars before the PCP comes to an end.

For the past 15 years, the car industry has been toying with the idea of ‘usage not ownership’, but it finally seems to be an idea whose time has come.

Mercedes-Benz, for example, is offering Car2Go in many European cities. A Mercedes-Benz executive, who requested anonymity, told us it was not about making money, or even breaking even – it is all about the data.

The manufacturer wants to know what sort of people use the service and what journeys they make. With enough data, Mercedes-Benz thinks it could create a profitable car-sharing service targeted at particular types of people and certain areas of cities. Rather than offering cars that can be dropped off anywhere, it may offer something more like a bus route, where cars have to be dropped off at one of a few selected destinations, where someone else is likely to want to drive the car to its original starting point.

The 100 year-old assumption that car usage would always increase at the expense of other forms of transport is no longer true.

It may come as news to people stuck in London traffic jams, but car usage in London has dropped noticeably in the past 15 years. According to Transport for London (TFL), car usage has gone down by 5%, while bus usage has gone up by 65% and tube use by 30% (see the table, below). The reason is partly congestion (and congestion charges), but it is also due to the Oyster Card, a way of pre-paying for both bus and tube usage – TFL says it has made more difference than all the new lines and stations it has opened. The lesson of London is that people will move out of cars if public transport is made more attractive. This has not been lost on the government, which is now putting £100 million into developing “Intelligent Mobility”.

The aspiration of Intelligent Mobility is to create seamless end-to-end journeys combining all forms of transport with no waiting time. The Government’s Transport Systems Catapult, responsible for developing technology in this area, is working on the seamless integration of taxis, trains, app-driven car sharing and on-demand buses. In this brave new world, the car becomes just another piece of the jigsaw rather than being the core form of transport.

Self-driving cars are closer than you think

Car manufacturers are ambivalent to these possibilities. They do not want to go the same way as the makers of horse-drawn carriages (or indeed the same way as Nokia), which they supplanted a century ago, but they are naturally concerned about the implications of technological advance.

At one extreme, cars could become generic driverless pods like the devices that already run to and from Heathrow Terminal 5 car park, but how much opportunity will there be to brand vehicles (and therefore generate decent profits) doing that? So far, the view of the car companies is an enlightened one: they are investing heavily in the technology of self-driving cars, on the principle that if it happens, they need to be the ones doing it, rather than being the ones it is being done to.

“Car companies are likely to enter the market, as most of the revenue from autonomous vehicles will come from operating them, not building them”

However, the idea of everyone using generic pods to get around may be overblown.

A car is the most visible product any of us use; people cannot help drawing conclusions about the person who is using it. It is hard to see affluent consumers accepting the same form of personal transport as those with less money.

Market forces would soon lead to differentiation – more affluent people would want to be picked up by a ‘business class’ pod rather than an ‘economy’ pod.

Who would own and operate the fleet of pods is a more interesting question. Would the business operator be more like Vodafone or Virgin? In fact, the car companies are likely to enter the market, as most of the revenue from autonomous vehicles will come from operating them, not building them.

The fact that car companies are likely to survive does not mean that all of them will prosper. The premium brands like Mercedes (and increasingly Jaguar Land Rover) can use their big profit margins to pioneer new technology, and cash-rich ones like Toyota can throw money at the issue, but the implications for smaller mainstream car manufacturers are stark. Currently, Fiat’s Sergio Marchionne is trying to engineer a merger with GM, because he just cannot see a likely return from the huge sums required for the powertrain and intelligent mobility technology that Fiat and Chrysler needs to develop.

Self-driving cars (the new acronym is CAV – connected and autonomous vehicles) may seem very distant. However, it is worth bearing in mind that this it is a process, not an event. We will not wake up one morning to find CAVs on our streets. This journey started 15 years ago with the first adaptive cruise control and has developed through autonomous emergency braking, lane keep assist and reverse parking. A car that can speed up, brake and steer by itself is making good progress towards full autonomy.

The UK’s Transport Research Laboratory has suggested that there could be a tipping point in the next 10-20 years when self-driving will go from weird to responsible: people will start thinking that manual control of a tonne of metal at 70 mph is not socially responsible behaviour.

Where do car dealers fit in?

It is no coincidence that Tesla, the car company most committed to inventing the future, is bypassing the dealer route altogether and selling direct.

With electric drive, and over-the-airwaves product updates, there would not be a lot for a franchised Tesla dealer to do. Meanwhile premium brands are smitten with the Apple Store concept, which is as much about building a shrine to the brand as about selling product. Of course, not all brands could have experience stores (a Proton brand store is hard to imagine, except possibly as a tribute to irony).

Certainly, it is hard to see where conventional dealers fit in a world of autonomous vehicles – “test drive” would be a contradiction in terms, and there would be few dealer-serviceable parts. Choosing between different brands would be a question of looking at their interiors and lists of infotainment features. The car dealer could become a cross between a mobile phone store and a home furnishing outlet. Even selling finance would change radically – “ownership” would look more like phone contracts, with payment per mile rather than payment per MB.