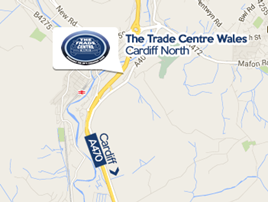 A used car supermarket in Wales has promised to change its marketing campaigns to accurately reflect the location of its new showroom following complaints from residents.

Locals in Abercynon felt that The Trade Centre Wales had undermined the area’s “cultural heritage” by branding its site in the town as its “Cardiff North” facility in adverts, Wales Online reported.

Cardiff lies 16 miles away from the facility which opened its doors to customers on July 1.

Cynon Valley AM Vikki Howells took up the case after receiving more than 30 complaints on the issue.

Ms Howells wrote to The Trade Centre Wales chief executive Andy Coulthurst, on behalf of herself and fellow Abercynon councillors Rhys Lewis and Alby Davies, to express their “disappointment” over the companies adverts on radio, television and online.

She wrote: "South Wales residents who know the distance between Cardiff and Abercynon will find the description incomprehensible.

Mr Coulthurst defended use of the Cardiff North branding – he felt that it was not “inaccurate or misleading” – but said the company would reflect its new outlet's location in Abercynon in future advertising.

He added: “We are very proud to been able to locate our business in Abercynon and have recruited nearly 80 new staff, mainly from the local area.”

AM Poll
How soon will your business recover after the Coronavirus threat is over? (Please leave a comment)
Vote
View all
284