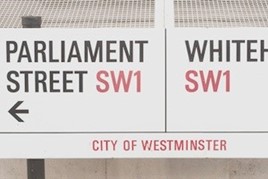 A finance company demanded £2.3 million in compensation from a used car dealer who breached the terms of numerous motor finance loans through a series of “illegitimate side agreements”.

Luc William Peeters (47), also known as Stuart Fallan, this week begun a nine-year directorship ban – effective from October 13 – more than two years after he was pursued by two finance providers which had fallen foul of the “agreements” struck up prior to his Bishop Stortford-based 123 Motors business slipped into liquidation.

The Insolvency Service said that it conducted enquiries into several instances of misconduct by 123 Motors Ltd after the business entered voluntary liquidation in April 2018.

Investigators established that the car dealership’s customers could secure funds to purchase cars through external finance companies 123 Motors had operating agreements with.

But the Insolvency Service said that, from at least September 2016, Peeters, from Chigwell, Essex, caused 123 Motors to enter into “illegitimate side agreements” with the same customers, enabling them to return their car to 123 Motors after 12 months.

“The car dealership would sell the cars on to other buyers, leaving the original customer with no financial liability to the finance companies”, it said.

When customers brought the issue to the attention of the finance providers one terminated its operating agreement with 123 Motors (in January 2018) and demanded the car dealership provide £2.3m in compensation to cover against all losses, costs, claims and expenses.

On September 23 the Secretary of State accepted a nine-year disqualification undertaking, banning him from acting as a director or directly or indirectly becoming involved, without the permission of the court, in the promotion, formation or management of a company.

Martin Gitner, Deputy Head of Insolvent Investigations for the Insolvency Service, said: “Directors have a responsibility to uphold agreements their companies enter into, as well as being honest in their dealings with customers.

“Unfortunately, Luc Peeters failed on both accounts when he failed to reveal his true activities when he caused 123 Motors’ customers to enter into illegitimate contracts.

“A nine-year disqualification is a significant ban and recognises the severity of Luc Peeters’ actions.

“This should serve as a stark warning to other directors of the risks they take when they do not uphold company and insolvency law.”