Was this article useful?
Click the thumbs up >
Citroën has revealed the first official pictures of the new C4, ahead of its world debut at this year's Paris Motor Show, in September.

The new Citroën C4, in coupe and hatchback form, will be presented in distinctively different bodystyles.

Among the numerous innovations that the new C4 will bring to the class is a multi-functional fixed centred controls steering wheel. It will also house a specially designed airbag.

The new Citroën C4 will also boast other safety features, such as an involuntary lane-departure warning system, designed to help prevent drivers from losing concentration or falling asleep at the wheel, as well as moving, dual-function directional Xenon headlamps, which provide improved lighting when cornering.

Other equipment normally reserved for more expensive cars includes a speed limiter and low tyre pressure warning system. On top of this, the new C4 is also set to be the only car in the class to offer laminated glass side windows.

Petrol and HDi common rail diesel engines, most of which will meet Euro IV emission standards, offering a broad range of performance - from 90hp to 180hp for petrol and 92hp to 138hp for diesel. 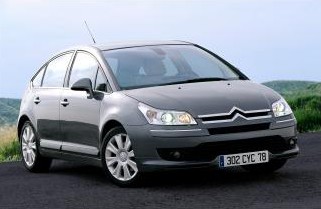