Was this article useful?
Click the thumbs up >
BMW has announced prices and specification details for its 1-series and 5-series models.

The six-cylinder 265bhp BMW 130i will be introduced in September. 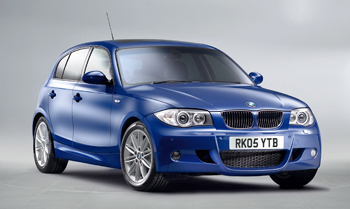 The car produces a 0-62mph time of 6.1 seconds while top speed is limited to 155mph. Fuel consumption is at 30.7mpg on the combined cycle, while the EU IV compliant power train produces 221g/km CO2.

For the first time on a 1-series, customers are able to specify active steering on the equipment list. BMW’s steering system varies the steering ratio depending on road speed and has been tuned specifically to the 130i.

#AM_ART_SPLIT# BMW UK has also announced the first details of a new entry model in the 5-series range, the 520d Saloon and Touring.

The EU IV BMW 520d delivers 47.9mpg on the combined cycle and 158g/km CO2 emissions. The 2.0-litre diesel engine is mated to a six-speed manual transmission as standard or, from early 2006, customers will be able to specify a six-speed automatic gearbox.

The entire 5-series range is offered with BMW’s service and maintenance packages that give three or five year cover for a one-off payment from £395. 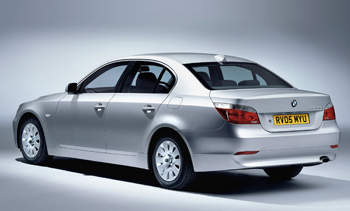