Audi turns to the dark side

Was this article useful?
Click the thumbs up >
Audi has created a completely black version of its A4 2.0 TFSI S line special edition for 2007.

The ‘black optic’ A4 comes after the German manufacturer noticed the rise in popularity of black being specified for its models. On this new A4, customers will get a black grille, black window trims and black ‘optic’ exterior paint job.

Available to order now, the latest S line SE models are available in saloon or avant body styles powered by either a 218bhp version of the 2.0 TFSI turbo charged petrol engine or the 2.0-litre TDI diesel with 168bhp, both offered in conjunction with front-wheel-drive or quattro four-wheel-drive configurations. Prices range from £24,570 to £27,120 on-the-road. 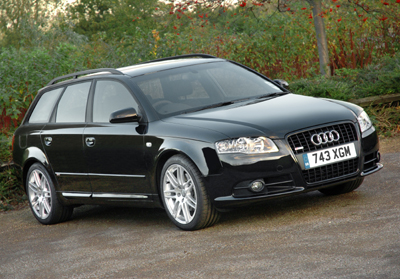 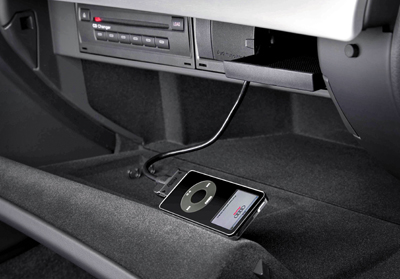 Customers buying an A6, A8 or Q7 from January will have the option of iPod connectivity with their cars. The iPod is connected to the car’s audio system via a storage box in the glove compartment for A6 and A8 models and in the rear centre console for Q7 models. This option is expected to cost £200.

iPod connectivity is already available for all A3, A4 and TT variants.

The Audi A3 range has had a specification overhaul for 2007.

Standard versions have been upgraded to include a Chorus radio with single CD player, SE models move up from a 16-inch alloy wheel to a new 17-inch 16-spoke design and Sport specification now includes a change to a 17-inch 5-spoke wheel.

At the head of the range, the new 263bhp S3 quattro gains a variety of new colour schemes, including sprint blue, imola yellow and the pictured solar orange, which are available at an extra cost of £485. 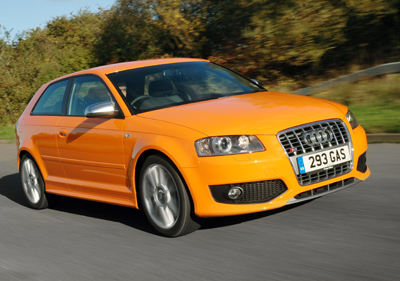 Audi also announced that all standard A4 saloon and avant models will be equipped to SE specification at no extra cost until March 31, 2007, bringing upgrades such as 17-inch 16-spoke alloy wheels, a Concert II radio with single CD player and cruise control.

A4 SE and S line and S4 quattro models will also be fitted with a premium BOSE sound system upgrade at no extra cost until the end of March.