Was this article useful?
Click the thumbs up >
Chrysler’s SRT high performance division has fitted an enlarged version of the company’s HEMI engine into the Grand Cherokee, creating the quickest, most powerful Jeep ever made.

"When Jeep set out to create its quickest-ever model, it was with the race track rather than mud track in mind," said Peter Lambert, managing director of Chrysler Group UK.

"The SRT-8 is not intended to be off-road capable. Instead, with this injection of SRT DNA, the new Grand Cherokee SRT-8 establishes a fresh benchmark for high-performance SUVs. It has the raw power to out-perform a Porsche Cayenne Turbo at a fraction of the price," said Lambert.

The aim of the four-wheel drive system is to maximise the on-road traction available to the driver, while being robust enough to handle the upgraded HEMI engine’s power and torque. 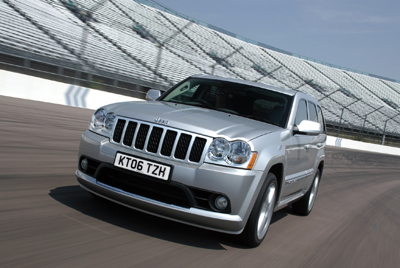