Was this article useful?
Click the thumbs up >
Subaru (UK), the West Midlands-based car importer, has opened its new £10 million corporate headquarters.

Subaru (UK) has been importing the Japanese all-wheel drive brand since 1977 and was the first official distributor of the marque.

Around 70 staff are now based in Coleshill with a further 30 due for transfer by the end of March. Some 70 employees, mainly involved in parts and technical training will remain at the former West Bromwich site.

Chairman and chief executive, Bob Edmiston who hosted the Japanese delegation during the opening ceremony, said: “We remain committed to the growth and success of the Subaru brand.

“This new HQ should impress staff, dealers and the general public of our long-term investment in Subaru which will introduce an unprecedented number of new models over the next 18 months plus its first diesel engine which will drastically boost its appeal.” 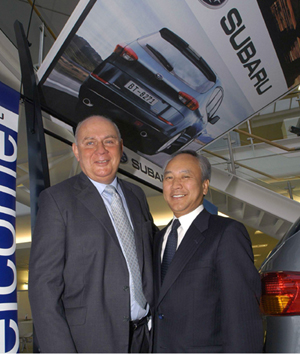