Lonely life at the top as dealer principal

Was this article useful?
Click the thumbs up >
James Jones, dealer principal at Foursons Mitsubishi, started his business a year ago, having led a management buyout of Holden’s Mitsubishi franchise.

Naming the new company Foursons because he has four sons, Jones has posted a first-year profit of £50,000 and to celebrate is taking his 20-strong team out for a night of greyhound racing.

Since starting in the motor industry as a trainee salesperson for Lex, Jones worked his way up the ranks to become dealer principal.

He believes the three most important factors in his role are good listening, showing understanding and being an efficient delegator.

“The one thing I never realised about being a dealer principal is how lonely it is,” he says. “When I was coming up through the ranks it was a lot of fun working together and building the team. As dealer principal you become isolated because you are the boss. Since setting up my own company it has become even more so.”

To combat this issue Jones got to know other owner-drivers in his area and now he tries to meet up with a couple once a month.

“We discuss customer and staff issues. Talking it over makes you realise that maybe you can do things differently,” he says.

Jones sees himself more as a coach and a delegator that sits in the middle of the business, rather than driving it from the front.

“I make sure I have good people around me. I collate information from daily operating controls and use this to steer the business in the right direction,” he says.

Jones advises those with an ambition to become a dealer principal to have fun and work hard. “As long as you put your mind to it you can achieve anything,” he concludes. 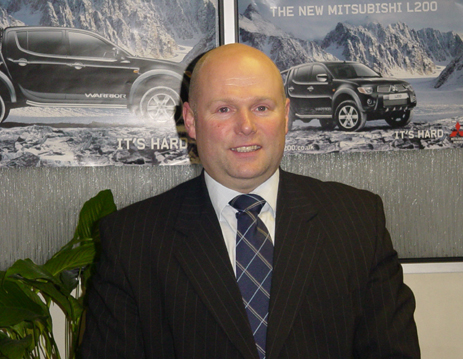