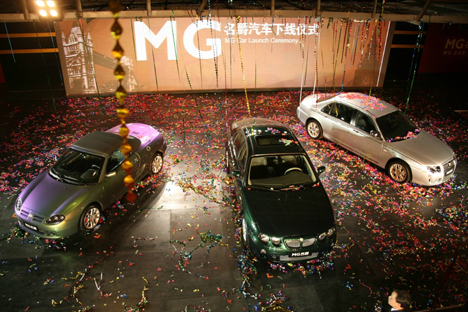 The first Chinese-built MGs have rolled off the production line at Nanjing Automobile’s factory in eastern China.

More than 80 UK dealers have already shown interest in taking on MG, according to NAC’s Longbridge-based sales and franchising manager, Steve Cox.

Although Cox won’t reveal his target network size, he expects dealers to add the brand alongside an existing franchise. He also insists consumer demand will continue, claiming the MG brand has not suffered from Rover’s demise in 2005.

An official UK launch date for the Chinese-built MGs has not been set, but it is expected the models will be on our roads before the end of the year.