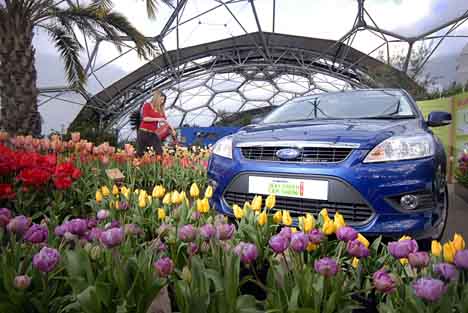 The Sexy Green Car show is returning to the Eden Project in Cornwall on May 23-31 to showcase manufacturer’s latest low-emission vehicles.

Ford, Citroen, Honda, Peugeot, Saab, Fiat and Volkswagen will all be displaying models in St Austell next month.

Eden's Gus Grand, the show's executive producer, said: "The show will be bigger and more animated than last year when the first-ever Sexy Green Car Show attracted world-wide interest among car makers, the media and the public.

"The whole of the Eden site will be used this year, with more animation, demonstrations, exhibits and talks taking place."

It's also rumoured that one of the manufacturers at the show will be unveiling a new eco-car model.

AM Poll
Will e-scooters and micromobility reduce UK car ownership by 2030? Please leave a comment
Vote
View all
3206