Was this article useful?
Click the thumbs up >
Land Rover's Halewood factory has produced its 100,000th Freelander 2, just 17 months after production started.

The 100,000th car, a Rimini Red 2.2 diesel auto, is now on the way to a customer in the city of Surgut, located on Russia's central Siberian plateau.

Thomas Klein, operations director at Halewood, said: "The Freelander is continuing to perform well in traditional Land Rover markets such as the UK but sales in emerging areas like Russia and China are also growing rapidly so it's entirely fitting that this car is destined for a customer in Siberia.

"I'd like to congratulate the Halewood workforce on this fantastic team achievement." 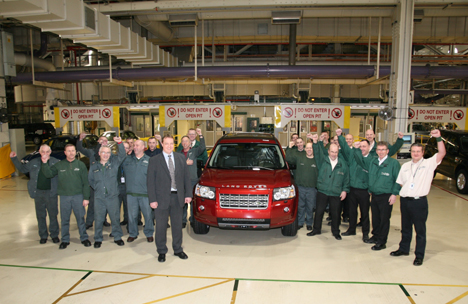