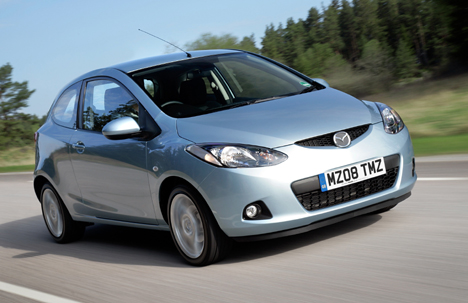 Mazda is introducing three-door versions of its new Mazda2 small car as of this month, priced from £7,999.

This if the first time the Mazda2 has been offered as a three-door.

Mark Cameron, Mazda UK marketing director, said: “Demand for the new Mazda2 five-door has been greater than we anticipated and the arrival of the new three-door model will accelerate sales to a much higher level.”

Cameron said he was confident of reaching 15,000 Mazda2 unit sales this year.

Mazda anticipates that up to 50% of new Mazda2 buyers will choose the three-door body style and that a large number will opt for the highly specified ‘Sport’ version.

Cameron said: “Mazda hasn't had a three-door model in the small car segment since the 1990s and certainly not with the appeal of the new Mazda2, so in some ways we are moving into unknown territory.

“The advertising for the three-door will build on the momentum established by the successful campaign featuring the green five-door.”

Both the three-door and five-door versions of new Mazda2 share common exterior and interior dimensions. The only difference between the two body styles is the rear seat shoulder room, which is 25mm larger in the five-door model.

The three-door is offered with the same choice of three petrol engines, and one turbo-diesel engine, as the Mazda2 five-door, which are each mated to a five-speed manual gearbox.

A 1.5-litre 101bhp petrol engine will be available in the three-door Mazda 2 from the end of July. 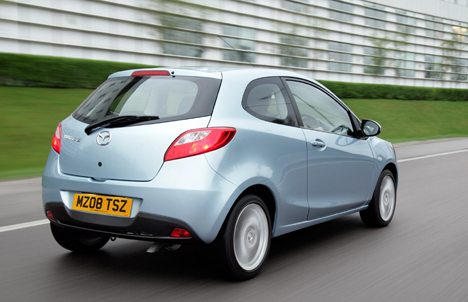