Was this article useful?
Click the thumbs up >
Last month we looked at Land Rover prices – this month, it’s the turn of its sister company Jaguar.

When the company was a part of British Leyland in the 1970s and ’80s, parts prices were very competitive compared to competing brands such as BMW and Mercedes but is that still the case today?

It’s too early for Tata’s influence to have had an effect on prices but with the company having recently been a part of the Ford empire we were curious to find out if that company’s penchant for keen parts pricing had filtered through.

The prices are retail as supplied by Jaguar and, as they do not recommend a ‘trade’ price, we have applied a 10% discount across the board (regular customers may receive more).

The other contenders are two internet operations (one which sells only components, the other both parts and accessories) and an independent factor/retailer. 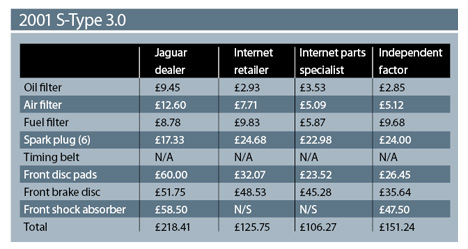 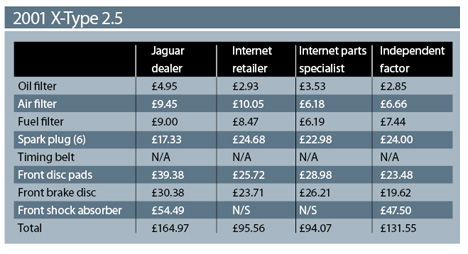 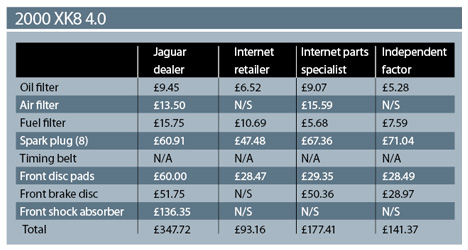