Renault Solihull has signed a deal to become the new main sponsor of the Solihull Barons Ice Hockey Club.

The deal sees the team’s name officially change to the Renault Solihull Barons.

The sponsorship will initially last one for one season and will include a new team strip featuring the Renault diamond along with the team name.

The partnership will also contribute to running costs throughout the course of the season. 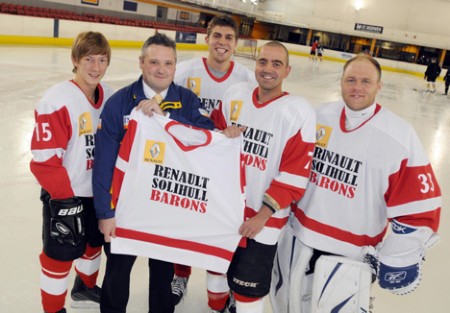 * Andy Beach, from Renault Solihull, and players from the team show off the new team strip

“Ice hockey is a very popular sport in Solihull and Renault is extremely proud to be a part of something that has such a positive impact on the local community.”

AM Poll
What is your take on the car retail sector's ongoing vehicle supply shortages? Please leave a comment
Vote
View all
3312