SsangYong confident for the future

SsangYong UK’s sales year-to-date have improved by 26.7% to 726 units at the end of October.

SsangYong importer Koelliker UK is confident of the brand’s future despite ongoing restructuring of its parent company in South Korea.

Paul Williams, Koelliker UK managing director, said: "Although we fully support the scrappage scheme, our range is not best placed to take advantage of it and we have recorded only two scrappage deals.

"This year’s performance is down to sheer hard work from our dealer network and it shows that business is there if product can be matched to the right buyers. We have made solid progress through very difficult times and can now begin to plan for what I am sure will be an even better 2010." 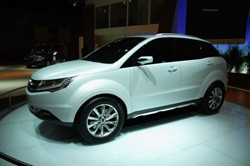 Following a court meeting of creditors in South Korea on November 6, the decision to approve SsangYong’s restructuring plans have been delayed until the next meeting scheduled for December 11.

The delay was caused by only 41.2% of non-collateral bondholders approving of the plans. The move was not totally unexpected by Koelliker UK.

Williams said: “Most of these non-collateral bondholders are foreign corporations who will inevitably reject the first offer made in the hope of securing a better deal and it looks as though this is what’s happened.

“SsangYong will now negotiate with them, but in the end the court has the option to ignore their requests and issue a compulsory performance order so that they are treated the same as other creditors.”

Williams is convinced the court will decide in favour of the recovery plan because of backing from the Korea Development Bank.

He said: “Last week’s court decision is frustrating, but we’ll just have to be patient.”

In February, the South Korean Court granted ‘court receivership’ status to SsangYong Motor (SYMC), paving the way for radical restructuring and the opportunity of forging a stronger and leaner company with a more diversified product range.

Court receivership is similar to US Chapter 11 status, giving SYMC protection from creditors and time to formulate and implement a corporate resuscitation plan.

Despite a long-running and damaging industrial dispute in the summer, SsangYong has already started some restructuring, including the stripping out of cost. The company’s breakeven point has been reduced from 10,500 cars a month to 6,000. For the full year, SsangYong now expects to sell over 34,000 units – over 16% better than previously forecast by Samil PricewaterhouseCoopers.

Williams said: “Of course, the search is now on for a buyer or investors in SsangYong and this will take some time.

“But the company is now much more confident about the future and can now forge ahead with new model introductions with a much more stable company. The future is now looking much brighter than just a few months ago and I am very encouraged by the latest news from Korea.”