More than a century after it first fired into life, the internal combustion engine appears likely to retain its position as the predominant source of automotive power for at least another two decades.

For the moment, a smaller and lighter nickel metal hydride battery puts the new Honda Insight hatchback in the vanguard of moves to increase the popularity of hybrid motoring.

Despite matching its Civic Hybrid stablemate in size, this five-seat car has better performance, superior versatility and a lower price.

While much of the saving has been achieved by more efficient manufacturing, reductions in the cost of the Japanese company’s Integrated Motor Assist unit have also helped it offer the most affordable hybrid passenger car to date.

Honda will use the revised hybrid system in a sports coupé based on the CR-Z concept later this year and in the Jazz supermini soon afterwards.

Alongside the Civic, the three additional hybrid models are expected to be achieving around 500,000 sales annually by the end of 2010 and accounting for 10% of the company’s global business.

Yet lithium-ion remains the most probable ultimate power storage technology in hybrid mobility.

It is already harnessed in FCX Clarity, the hydrogen powered fuel cell car Honda is leasing to customers in the US, and other manufacturers are expected to launch their first models using lithium-ion this year in niche markets with production projections of between several hundred and several thousand.

Bosch is anticipating that hybrid and electric vehicles will account for more than 3% of the world car market by 2015 and has stepped up lithium-ion development activities with
Samsung SDI that will lead to manufacturing starting in 2011.

It is making a huge investment in refining the technology and SB LiMotive, the joint venture with its Korean partner has begun a five-year research programme costing up to $400 billion annually.

“Suppliers will play a key role in the development of electric drives. Over the past few years, we have built up comprehensive know-how in this area, but the question will be what options can the electric drives of the future offer to stand out in terms of driving performance and driving characteristics?

“If manufacturers see potential in this respect, they will try to develop drives independently – but
if standard drives emerge at an early stage, suppliers will play a greater role because they can
produce larger quantities more cost-effectively.

“We regard the combination of internal combustion engine and electric motor in the hybrid or plug-in hybrid as an interim solution and the long-term objective as purely electrically powered driving, since this makes zero-emission travel possible,” said Bosch gasoline systems division president Wolf-Henning Scheider.

“The market maturity of these vehicles will increase as engineers succeed in improving the energy and power density of battery technology and as drivers become more willing to accept
ranges of 100 to 200kms between recharging.”

Of all the lithium battery technologies available at present, LiFePO4 is the most viable, according to LiFeBATT director Ian Goodman.

The company’s development programme has followed the modular format and 12 months ago, its first 10Ah (80Wh per kg) cell proved capable of being charged from zero to 80% in 18 minutes. 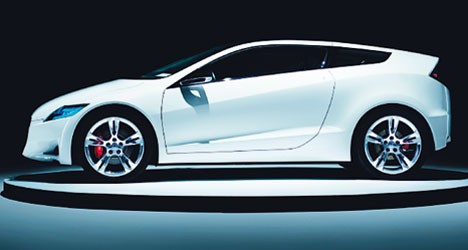 Now capacity is 40% higher at 14Ah (120Wh per kg) and the cell has just gone into commercial production.“Energy density remains a challenge because comparing electric with the internal combustion engine means it is never enough.

“I think attitudes to vehicle ownership and use is another challenge and, until a carmaker orders a million cells a year, we will not have the economies of scale that are needed.”

“But when someone does take the plunge, getting up to that volume will be simple and the benefits will be felt throughout the market. My belief is that within three years, we will have affordable, 40-mile range city cars and plug-in hybrid family cars able to cover 300 miles at 80 to 100mpg.

“The battery technology is ready now – it’s just going to take a while to get the volumes and corresponding price,” said Goodman. 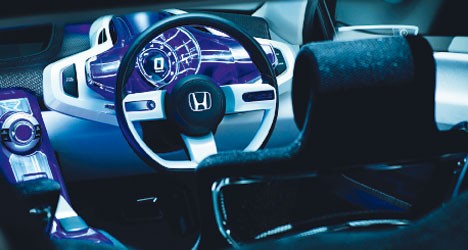 Ready for the age of the electric car: the CR-Z Concept