Too many cars built for Europe, says Fiat boss 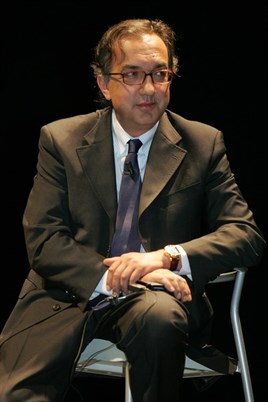 Car companies need to export more and get greater productivity out of their European plants or factories will have to close, says Fiat Chrysler chief executive Sergio Marchionne.

"Too many cars are being built in Europe and car companies need to export more and invade other countries, including the US. If they continue to produce for Europe only the only way forward is to reduce capacity and plants then become inefficient."

He added: "If we don't export more then we will have to close plants."

Marchionne pointed to what has happened to the industry in the US which has had to cut back dramatically since 2008 when sales dropped off a cliff.

"The US has been through the pain of laying people off and closing facilities but now it is rebuilding. In North America people want to work. We have recently taken on 1,100 people in Detroit to add a third shift at one of our Chrysler plants and we were applauded by the unions.

"If I tried to do the same in Europe I would be in negotiations with the unions for about 16 years. We need to make more from what we have because then you can make money."

Marchionne also laughed off rumours that Fiat would sell Ferrari or Alfa Romeo to raise money.

He said: "I'll put it this way - it's like asking a guy with a tin of caviar in his fridge alongside 12 rotten eggs. Would he sell the caviar to buy 12 more rotten eggs? The answer is no, I have no intention of selling Ferrari.

"Would we sell Alfa Romeo? Again the answer is no, why would we? Would Volkswagen sell Audi?"

Responding to questions over rumours of a further Fiat-Chrysler alliance with Peugeot of France, Marchionne said there had been no discussions but he did not rule out tie-ups with other companies if opportunities arose.