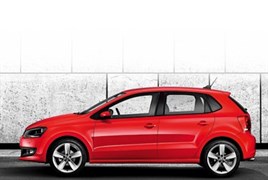 Volkswagen is looking to introduce a budget brand which will see models in the range introduced to Europe.

The as yet unnamed brand will be primarily focused on India and China but Europe will get cars too in order to rival Renault's Dacia budget brand. Dacia recently revealed details about its new Sandero supermini which is priced from £5,995.

The cars will be built through VW’s existing partnerships in China and India and it's likely the Polo and Golf will be used to underpin models.

These will be simple vehicles based on existing architectures from the VW group – platforms which have already been amortised.

VW is expected to be making a final decision about the launch of the new brand before the end of the year. It is believed production is scheduled to begin in the final quarter of 2014.

A new brand will have to fit alongside VW's Skoda and Seat brands. Skoda has moved on from its original value position and Seat is supposed to be its more youth focussed brand.