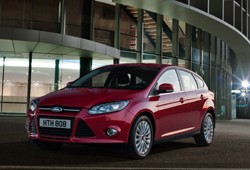 New car registrations increased by 11.3% in November to 149,191 units which the Society of Motor Manufacturers and Traders (SMMT) believe is on the back of increased private demand.

Registrations by private buyers increased by more than a fifth in November and by 12.9% over the year-to-date.

Over the year-to-date the market has risen by 5.4% to 1,921,052 units, bettering industry expectations. This puts the UK on track to post the best annual volume since 2008’s 2.13 million units. Volumes remain some 15% or more below the pre-recession annual markets of 2.4 million units and above.

The UK is now the second largest new car market in Europe after Germany, following growth in the UK over the last 10 months and a drop in demand in the other big markets.

Paul Everitt, SMMT chief executive, who will leave the role at the end of January 2013, said: “The upward trend has been driven by private retail customers.

“The outlook for 2013 remains challenging, but vehicle manufacturers and their dealers will continue to work hard to attract motorists to their showrooms and deliver outstanding value."

The Ford Focus was the best-selling new car in November, but the Ford Fiesta has held the top position over the year-to-date.

The SMMT’s full year forecast of 2.013 million units, as fixed in October, looks set to be bettered. At that time the 2013 market was expected to show little net change, at 2.015 million units. SMMT will review its forecast in January, after publication of full year data.