Renault dealer and product cull as network fights for profit 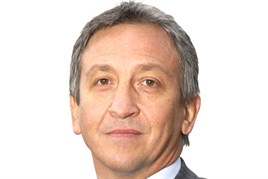 Renault UK will cut its franchised dealer network by almost a third this year as the French brand conducts a massive reorganisation to bring its infrastructure and product range into line with its market positioning.

Its total number of sales points will reduce from 190 to around 135 by 2013. Partners were informed at its annual dealer conference in Birmingham mid-December and were sent formal termination letters at the end of December, giving the legally required 12 months’ notice of network reorganisation.
“The majority of the network’s reaction to our action plan was positive because they’ve expected such action,” said managing director Thierry Sybord.

He added that many dealer chiefs realised the measures were necessary to make the core business in the UK healthy.

“It’s not an easy decision to make because it’s a real breakthrough.

“I’ve been here just over a year and we have tried to stabilise the volumes, but it hasn’t worked, nor from a profitability point of view.

AM understands 50% of the net-work has been running at a loss.

The plan forecasts a 29% reduction in its main dealers, which number around 150, while its smaller retail dealers, some 36 sites, will contract by 68%.

Its 21 manufacturer-owned dealerships, in Renault Retail Group, will be included in the review.

The key criteria for the re- organisation will be optimising geographical coverage, reducing overlap of market areas, while Renault hopes to maintain service coverage in remote locations.

Some of the dealers which stay may relocate to smaller showrooms, or multi-franchise.

At Renault Retail Group, which already has three sites partnered with alliance brand Nissan (Bolton, Leicester and Liverpool), further such collaboration is under consideration.

Survivors will be expected to invest in standards, including the continued roll-out of ‘Project Air’ showroom identity, to ensure
that the customer experience is right and consistent.

For the first time, in 2012 Renault’s dealers incentives for customer sat-isfaction will out-weigh those for sales volume.

Dealers’ CSI scores are already revealed to the public each month via Renault’s website, alongside verbatim comments.

Sybord said the network had struggled for profitability as Renault UK’s new car volume had fallen and the reorganisation would improve this.

“We know if we continue with our same efforts we will get the same results,” said Sybord.

He presented the plan to Renault’s global chief executive Carlos Ghosn and chief operating officer Carlos Tavares and has their full backing.

Without such changes, the forecast was to continue making a loss for the next three years.

Asked if he expected to be taking such dramatic action when he was offered the UK post in mid-2010, Sybord said he did not as the economic upturn and currency situation looked more positive then.

But he is certain the action is necessary now and said the decisions had not been taken lightly.