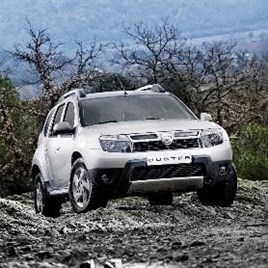 There are now less than 100 days until Renault will begin official UK distribution of its Dacia budget brand, aimed at offering new cars for used car prices.

It has begun promoting the new brand online at its new website www.dacia.co.uk with a tagline of "shockingly affordable" ahead of confirmation of prices and line-up on June 28.

Dacia will officially open for business in UK Renault showrooms in January 2013 with two launch models, the £9,995 Duster SUV and a £6,995 Sandero five-door supermini.

In a data gathering exercise, consumers can sign up on the Dacia website to receive regular news updates.

"At a time when new car prices just keep on rising and value brands are moving further and further upmarket, wouldn’t it be refreshing if an affordable, yet still good quality, alternative suddenly came along? Well, dear UK car buyers, that time has come," said a spokesman.

"With household budgets being squeezed more than ever, value-for-money is fast becoming the holy grail. With its ‘smart-buy’ concept, Dacia is aiming to be the car brand of choice for new car buyers, offering exactly what they need at shockingly affordable prices."

Dacia is a low cost business model for dealers, with minimal investment being branding and a corner of the Renault showroom, while it is pitched as a no-haggle bargain-priced proposition.

Bought by Renault in 1999, Dacia re-emerged in 2004 with the unveiling of the four-door Logan saloon, which tapped into the potential of emerging markets, including Central Europe, with a price of 5,000 euros in some countries.

In Western Europe, thanks to a growing model line-up, low prices and growing reputation, Dacia last year claimed top spot in Romania and Morocco and became France’s fourth best-selling brand in 2010, with Duster becoming the best-selling 4x4 in the country.