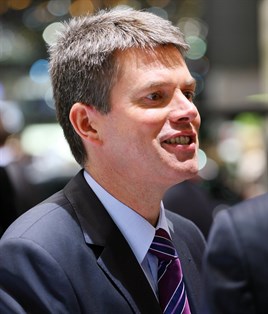 It is the first time a non-Korean has been appointed to such a role at any Kia subsidiary in Europe. It follows on from Tony Whitehorn being promoted to president and chief executive officer of Hyundai UK in November last year.

Philpott was managing director Kia Motors (UK) from 2007 until he moved to Frankfurt in 2009 and will return to the Weybridge base from the start of July this year.

Kia said the appointment is part of its plan to strengthen its global representation and management in individual markets.

During his time at Kia Motors Europe Philpott has led the brand through a period of expansion and the launch of its seven year.

Announcing the move, Brandon Yea, President of Kia Motors Europe. said: “The Kia brand is now Europe’s fastest growing thanks to Paul Philpott and he knows very well that we are determined to strengthen local management at all our subsidiary companies in order to become a truly global automotive organisation.

“This promotion is putting an individual with specific local expertise into a role that we have previously filled from headquarters in Korea - as we have developed our operations around the world.

“Now is the right time – in our best performing market in Europe – to change our strategic focus and I cannot think of anyone better than Paul to take on this duty.

“I want to thank him on behalf of the Kia Motors Corporation as well as Kia Motors Europe for all he has achieved for the business over the last three years here in Frankfurt.”

Philpott said he was pleased to be moving back to the UK to work with “an excellent team and some of the best dealers in Europe”.

Cole said: “Having worked with Paul in the past at Toyota and having succeeded him in this role in the UK I am delighted that he is coming back to help us continue the major task of taking Kia to our longer-term vision of 100,000 sales per year in the UK.

“Paul’s understanding of the relationship between manufacturer and dealer network is unrivalled and his efforts to construct a strong, aspirational and attractive business proposition for our partners can only contribute positively to the remarkable growth we have enjoyed in the UK.”

The appointment comes on the back of a strong March for Kia with 11,178 units sold, which is its biggest month (excluding its performance with the scrappage scheme in March 2010).

Cole sees the figures as a positive step forward for the industry: “This is an excellent performance for us and seems to show that, with the market as a whole slightly up, we are perhaps seeing the end of the slump in new car sales that prompted the Government’s scrappage scheme in 2009 and 2010.

"I expect that this trend will continue going forward and I fully expect Kia to continue to grow its volumes and share during 2012.

“What is particularly heartening is that our performance has not come on the back of a single model. Picanto, Rio, cee’d and Sportage have all done extremely well and we have also seen strong growth across all channels – and that is good both for the brand and our dealers, who are doing an excellent job around the country."