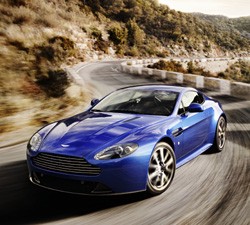 A number of pieces in the media recently have asked: “The British car industry: where did it all go right?”

The news that Nissan is expanding yet again in Sunderland, with annual production set to pass half a million, while Jaguar Land Rover adds another 1,500 jobs in Halewood, has justifiably led to talk of a British renaissance (the dark cloud over Ellesmere Port notwithstanding). Certainly, the UK car industry is in a far better position than anyone would have forecast 25 years ago.

Nissan is doing superbly on the back of two smash-hit products – the Qashqai and the Juke – while JLR has become the only credible mainstream rival to the big three German premium brands. However, that does not mean that things are universally rosy: the UK’s traditional speciality, the small luxury carmaker, is not universally healthy.

Rolls-Royce is doing well based on a near-perfect fusion of German and British strengths. Bentley is also fundamentally strong and will get stronger, once it figures out how to style a luxury off-roader so it does not look like something that came out of Detroit 40 years ago. However, the other great British brands, without the benefit of a successful global carmaker behind them, look more problematic.

Aston Martin deserves an award for what it has done with the VH platform – with everything from the Vantage to the Rapide, it must come in more variants than the Ford Transit. The problem is that every platform eventually needs replacing, and ever since Aston was sold by Ford, it has not been clear how that is going to be financed. The costs and resources needed for a new platform look pretty daunting compared to its income, especially as Ferrari spits out new models at a pace we used to associate with Toyota.

The other big name, Lotus, makes Aston Martin look as sound as BMW. Its only commercial success in recent years was the Mk 1 Elise. Since then, it has been a mostly backwards journey. Insiders say the Mk 2 Elise cost more to develop than the original, while failing to match its sales. Last year, Lotus’s UK sales were only fractionally ahead of Morgan.

A generation ago, it was fashionable to predict that the 21st century UK car industry would consist of a rump of successful niche brands, trading on our wood-and-leather heritage.

Actually, the reverse seems to be happening. Britain is a good place to make globally competitive mainstream products, from superminis up to luxury cars. The wider economics of the industry mean that the real threat is now to some of our historic specialist brands.