Large Scottish dealer group Arnold Clark has expanded its operations in England with new Vauxhall dealerships in Kendal and Morecombe.

The group has acquired a “modest” site on Mintsfeet Road in Kendal and a site in Morecambe Middlegate, White Lund from Hargreaves Group.

A spokesperson for the group said: “As the business only acquired the dealerships on August 10, there has been minimal impact on turnover so far.

“Once the branches are up and running, we would estimate that they will add £20m annually between them.”

The deal was an asset purchase with all staff transferring except the previous owners of the business.

Arnold Clark understands that the Hargreaves’ business remain in existence but is non-trading.

Hargreaves operated a Chevrolet site in Morecambe which was terminated by the brand. Arnold Clark is serving the remainder of the termination period.

Arnold Clark's network: the latest acquisitions 'rural infilling' for the group between its strong representation in Scotland and Liverpool/Manchester. (Source: AMi) 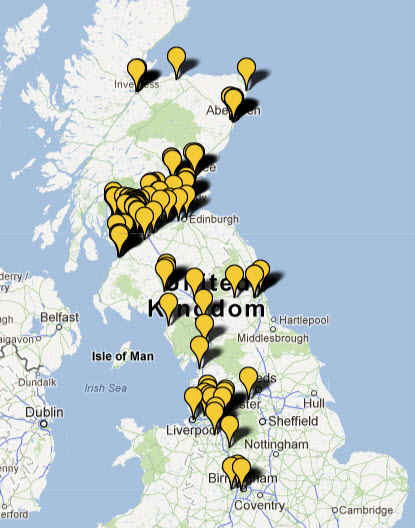