Brayleys Cars expansion with Kia and Mazda paying off

The Kia-Mazda dealership opened three months ago in Harpenden, expanding the Hertfordshire-based group by 25%.

Following a complete refurbishment after Brayley acquired the site in February, which had lain dormant for more than 10 years, the new dealership is the only new car showroom in the town.

"We’ve been running promotions to engage the community and encourage footfall, which has proved a good way of getting the pulse of the market. Sales of new and used units have been brisk and workshop activity has been particularly buoyant. It’s clear that our new location has been well received," he said.

Brayley also predicts stronger year-on-year returns in 2012 with his four Honda franchises, located across the northern M25 territory. Year to date, the group has achieved 116% of its sales target.

Likening the issue of a lack of Honda stock in 2011 due to environmental catastrophes in Japan to “owning a pub with no beer”, Brayley said: "Despite the continuing fragility of the economy, we’ve seen robust increases in sales performance at all our Honda sites and are confident of exceeding our targets.

"Last year was particularly difficult, but we stuck to our principle of providing good old-fashioned service and this has come full circle. The pending arrival of the all new CR-V and 1.6 Civic diesel, both of which are built in Swindon, gives us significant optimism for 2013." 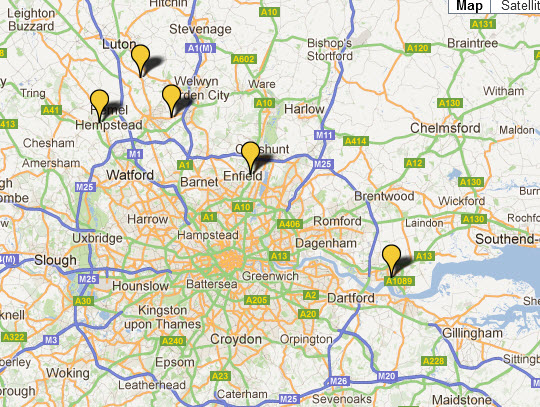