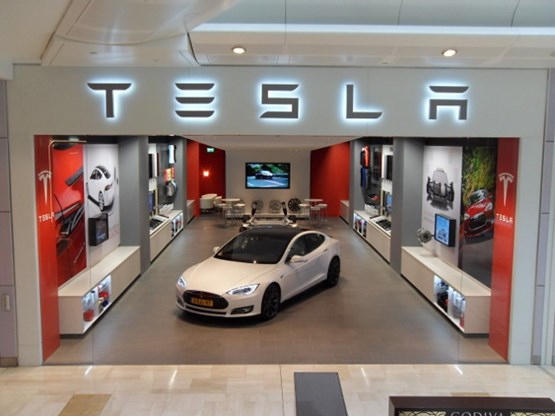 Tesla’s Model S all electric saloon will be priced from £49,900 (which includes the £5,000 Government plug-in car grant) and right hand models will arrive in the UK before the end of March 2014.

The news follows on from Tesla’s recent announcement that it will have a wholly owned retail store to sell the car at London’s Westfield Shopping Centre in White City.

Elon Musk, Tesla Motors’ Co-Founder and CEO, said: “Tesla is taking the UK market very seriously, and there are more stores and service centres to come.

“We’re also going to establish a supercharger network so Model S customers will be able to drive long distances anywhere in the UK using our network for free, forever.”

Tesla is aiming to have its first UK supercharger available in Q1 and believes it will have enough superchargers installed by the end of 2014 to cover the whole of the UK.

The supercharger can recharge the Tesla S from zero mile range to 200 miles in 30 minutes. The Tesla S has a possible range of 320 miles.

The free supercharging facilities are only available on the 85kwh and P85 models.

All models are covered by an eight year unlimited mile battery warranty.