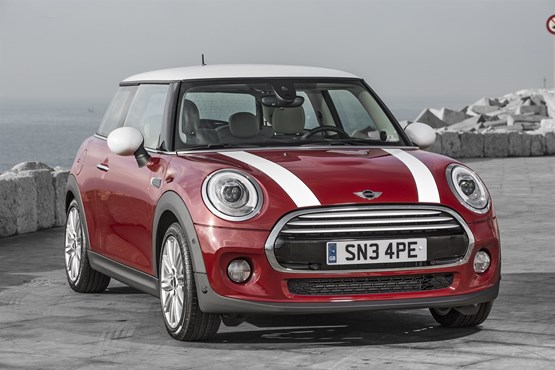 Mini has today unveiled the new Mini Hatch, the car which has defined a segment since 2001.

The new Mini is instantly recognisable - something which comes from having such a globally identifiable design - yet the car is completely new from the ground up.

Every component has been back to the drawing board in an effort to optimise its function, performance and style, said the manufacturer.

The result is ‘The New Original', a Mini which is distinctly familiar but enhanced in every single way. It features significant improvements in technology, engine efficiency and power delivery, driving dynamics, quality and - of course - personalisation.

Mini said the new car is quieter inside than the outgoing model, with improvements to acoustic refinement inside the cabin, and it is more spacious than before, safer, finished to an even higher standard and provides the driver with a more dynamic and performance-oriented experience behind the wheel.

Inside the cabin, new technology ensures that the new Mini is the most connected car in its segment. A new LED display concept, the first of its kind, provides the driver with visual feedback whilst operating the car and creates a premium ambience.

The wheelbase has been extended by 28mm, while the track width has been enlarged at the front by 42mm and at the rear by 34mm.

The new Mini is the first car in its segment to offer the option of LED headlamps for both dipped and main beam. They are surrounded by an LED daylight driving ring, the lower section of which reaches down to the white turn indicators. The rear light clusters also feature an all-LED design.

The trio all offer improved performance figures, said Mini, with maximum power across all three variants produced lower down the rev range, while fuel consumption and emission levels have been reduced by as much as 27 per cent when compared to their predecessor models. All meet the stringent EU6 exhaust emissions criteria.