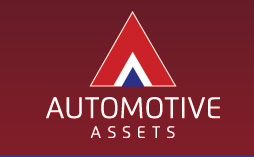 The boss of dual franchise dealer Charters Group has established a new business exploiting his expertise in property deals.

David Manchester, former Peugeot dealer council chairman and managing director of the group, is now also the managing director of Automotive Assets, a London based company dedicated to maximising value for dealers wishing to sell parts of their property portfolio. Automotive Assets acts as an intermediary between the dealer and potential purchasers and other parties in the negotiation process.

Manchester’s experience in this field through management of Charters inspired him to make the move.

“Over the last 15 years with Charters I have always had an eye on the lucrative property opportunities running a multi-site operation presents,” Manchester said.

“Automotive Assets uses the experience I have gained through Charters, negotiating with buyers, sellers, solicitors, accountants, agents and banks. I can match sellers and buyers discretely, fostering a strong relationship with all parties.”

The history of Charters offers a demonstration of Manchester’s eye for a deal.

In 2012 Manchester sold a Peugeot site in Uxbridge to Lidl; in 2010 a Peugeot dealership in Alton to Bellway Homes; a former Ford site and used car centre was sold to Pavilion Housing Association in 2008 and in 2004, an Aldershot site was sold to retirement homes' specialist McCarthy and Stone.

Charters Group now has three locations: two in Aldershot (Peugeot and Citroen), and a Peugeot authorised repairer and used car centre in Reading.

It still owns a site in Camberley that has been leased to Eden Vauxhall since October.