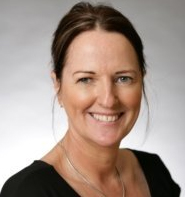 Until a more permanent replacement is appointed, Randall will now sit on the TMG executive board on an interim basis, and will manage relationships with franchise, group and manufacturer customers.

Stevens joined TMG in 1996 as a general manager for the National Magazine division and has worked his way up through the organisation over the last 17 years.

“His leadership has driven the development of the group, despite really tough market conditions. He has leaves a strong legacy from which we will build as we look forward to the challenges of the next few years.”