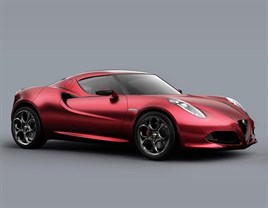 Alfa Romeo has told AM-sister title CAR it is set to drop the Mito and Giulietta hatchbacks in 2015, as it switches to solely rear-wheel drive models.
According to CAR, the change in strategy is part of a radical new plan involving closer collaboration between Alfa Romeo and Maserati to take on BMW, Audi and Mercedes-Benz.
Starting in 2015, Alfa will roll out a BMW 3-series rival, followed by a 5-series rival in 2016. Two SUVs will follow. This year's mid-engined 4C and the 2015 Mazda MX-5-based roadster are unaffected by the new plan: they are already rear-wheel drive.
Head to carmagazine.co.uk for the full story.
The new direction for the company will transform the business in the UK as it is currently relying on a two car model range in the UK which doesn't fit with Alfa's new plans.
The change in direction could help the brand as it is currently struggling to find its place in the UK with registrations down by 33% in the first six months of 2013 at 2,787 units and a market share of 0.24%. Alfa will have to boost volumes significantly if it wants to compete with premium German brands, which currently command between 5% and 6% market shares in the UK.
Related content by tag :
Click here for manufacturer best practice and procurement insight