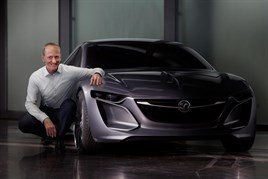 Vauxhall has revealed its new Monza concept which indicates what dealers can expect to see from future models from the brand.

Vauxhall said the Monza was created around two central themes, efficiency and connectivity, which will be the top priorities for all models coming in the future.

While the name ‘Monza’ harks back to an Opel production model, which was first sold in the UK in the late 70s, Vauxhall’s version was the Royale, built from 1978 to 1982.

Neumann said the Monza features "trend-setting technologies which will change the driving experience". More details will be revealed at the Frankfurt Motor Show in September.