Face to Face: CEM Day reaps the dividend of diversification 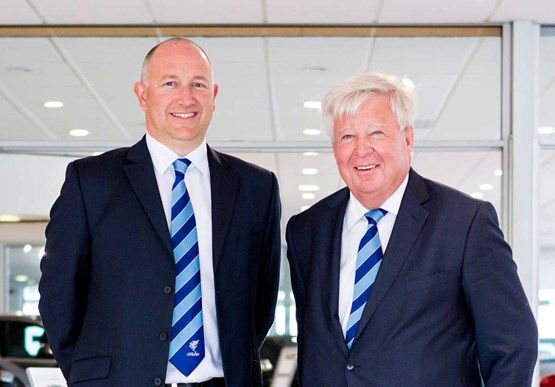 Since the turn of the millennium, multi-franchising has become a prominent feature of UK new car retailing. Small regional groups built from decades of partnership with a single brand have recognised their inherent exposure to new model cycle dips and customer migration and, to cushion such effects, have expanded with alternative brands.

But for Swansea-based CEM Day, Wales’s largest franchised dealer group, multi-franchising hasn’t been the only answer. While the family-owned company has added a few other volume franchises alongside its key partnership with Ford during the past decade, much of its growth has come from bolt-on sidelines that emerged when its management team was quick to identify new profit opportunities over the decades.

As a result, the brands Day’s Rental and Day’s Contract Hire have become as significant in South Wales as the 10 dealerships which trade under the Day’s Motor Group brand. CEM Day also operates its own motor finance subsidiary, which has a £10 million loans book and more than 2,000 customers. In fact, Days Contract Hire has become the fourth-largest independently-owned leasing company in the UK, with customers nationwide and 10,400 vehicles on its books.

It’s a capital-intensive approach to expansion, and one which won’t suit all franchised dealer groups. Funding support is crucial to be able to invest in the fixed assets required and CEM Day is a highly-geared business as a result. Yet the results speak for themselves: in 2012, return on sales was 3.39%, a record result for the business, plus it won the 2012 AM Award for Best Retail Group.

Since the 2008 banking crisis, certain funders were withdrawing from the market or becoming too expensive. CEM Day’s main funder at the time came under strain and became “intrusive”, so the group changed its main funder to Barclays in order to obtain greater facilities. It also invited other competitive funders on board, as well as increasing facilities with existing funders.

This has enabled it to increase the value of its rental and contract hire fleets by 110% and 47% respectively since 2008 with sufficient funding facilities for future expansion. It also purchased its own storage facility, with capacity for up to 1,400 vehicles, and has two vehicle transporters operational full-time.

Graham Day added: “My father started the rental company, I think he was fed up with selling cars to rental companies at no profit, so he decided to cut out the middleman and do it himself. And the same with contract hire. I had a fleet department about 20 years ago selling to various contract hire companies, and we looked at the figures at the year end and from selling thousands of cars we’d actually made a loss. So we decided to get our own contract hire.