Ridgeway Oxford Audi: keeping the focus on people, not technology

Was this article useful?
2 people found this useful
7 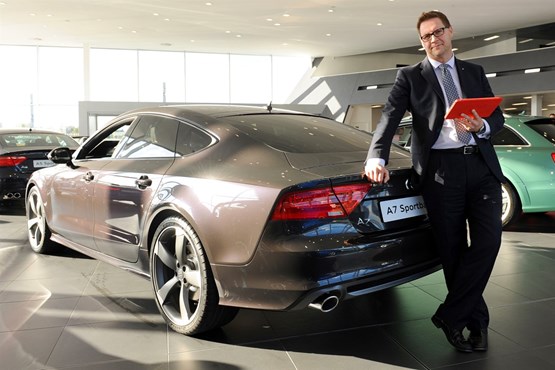 On July 21, 1969, two men stepped out of their state- of-the-art lunar landing craft onto the surface of the Moon. Millions of people around the world shared the experience, watching the flickering images on their TV screen.”

This is the first line of a press release from AM100 dealer group Ridgeway about the opening of a dealership a little closer to home – a stone’s throw from Oxford’s eastern bypass – and to reach it from the M40 you won’t need a rocket, just a lot of patience to get through the roadworks and traffic congestion.

Hyperbole aside, the opening of its Oxford Audi centre is significant for Ridgeway. It is its first new-build site, costing £8 million, and will see Ridgeway employ the latest hi-tech tools to deliver what it calls a 21st-century customer experience.

The new centre is also a relocation from cramped facilities in Kidlington, which had hampered Ridgeway’s ability to maximise on the growing popularity – and range – of the German brand.

Opened in July, the centre is built in what Audi calls the ‘terminal’ style. This refers to the feeling Audi wants to conjure in visitors – of entering an airport terminal, a restricted space at first that opens up into a high-ceilinged, curved display hall. There are about a dozen such ‘terminals’ in the UK.

Oxford is one of Ridgeway’s two Audi centres (the other is in Newbury) and it is one of 33 dealerships in the group.

Head of business Alex Matschy says the site stands alone as the flagship in the group, reminiscent of a “high-end, boutique hotel”, far removed from the cramped Kidlington operation, which he said Ridgeway outgrew seven years ago. It took about four years to find the right brownfield site to move to.

“Car parking was limited,” he said. “The car park had 28 spaces in it for our stock and customers’ cars and we had off-site storage for vehicles. Managing the car park, the movement of the used car stock, trade cars, was a full-time job.

“Then at customer handover, while cars were presented well, we’d have to grab a space somewhere, which isn’t an ideal situation when you’re presenting a £60,000 car on occasion.”