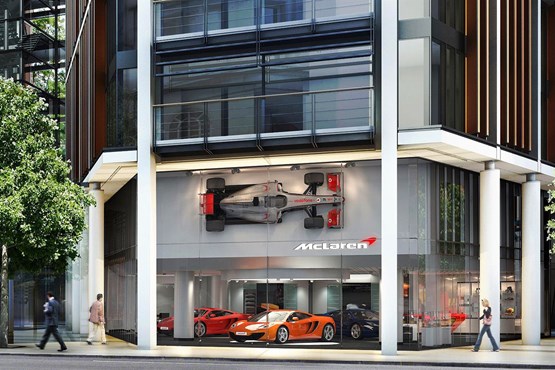 As property values skyrocket, exceeding £2 million an acre in some parts of the UK, agents are being pushed to greater lengths to secure the prime spots their clients demand, including looking to more non-traditional dealership sites.

Prices within the M25 have reached such a level that all but the major dealerships and manufacturers are being priced out, according to automotive property experts.

Robert Stephens, director of roadside commercial property specialists Robert Stephens & Company, has been involved with the majority of Volkswagen’s big UK developments for the past 20 years.

“As a consequence of house price escalation in the South East, in particular inside the M25, it is now nigh on impossible for anyone other than a manufacturer or a top 10 motor group to secure land on which to build car dealership premises,” he said.

Fellow director Andrew Ilsley discussed the lengths agents are sometimes forced to go to satisfy the demands of clients within the Greater London area.

“In one case we have bought an office investment – a multi-let, multi-storey office building, and then gained planning permission to build a dealership on it. We’re now in the process of re-locating the tenants so we can knock the building down. Ordinarily you wouldn’t expect it to be sensible to be going round buying up investment property to knock it flat simply to build a car dealership. But in situations inside the M25 you do have to go to greater lengths to secure these opportunities.”

Tom Poynton, automotive partner at Knight Frank, agrees: “When it comes to greater London, especially inside the M25, car dealers and manufacturers are going to have to make compromises on the types of property suitable elsewhere in the country.

“It is increasingly common in London to have showrooms beneath residential apartments and in more unusual places, and more ‘virtual’ showrooms to reduce the square footage where prices are at such a premium. Some of the Korean brands are taking that one step further and talking about unmanned showrooms that will change the face of motor retail in major cities.”

The problem of managing the demand for premium land against a set budget is nothing new to the automotive property sector and as car sales have picked up post-recession, with 31 consecutive months of growth, the issue has been placed into sharp focus, and not just in the South East.