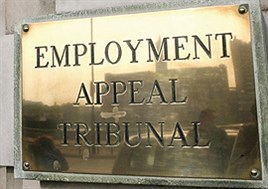 Overtime pay should be included in pay for holiday leave, it has been ruled today.

The Employment Appeal Tribunal (EAT) made the ruling today on its interpretation of the Working Time Directive.

Crucially, the tribunal also ruled that workers can make backdated claims - for a limited period of three months after the last incorrect payment.

The tribunal was not clear on whether the ruling applied to workers doing voluntary overtime.

However, the ruling could be referred to the Court of Appeal, delaying a final decision for years.

Richard Brennan, a partner at TLT Solicitors, said: “Whilst the decision will no doubt lead to increased costs for employers, it may actually be good news for employers in the automotive sector for whom commission is the big issue.

"Similar arguments have been used to assert that commission should be factored into holiday pay calculations. Even if this is necessary going forward, the Bear case limits the ability of employees to bring expensive backdated claims. Where a period of more than three months has elapsed between holidays, this should act as a bar to historic claims.

"Dealers should still, however, exercise caution as the decision is likely to be appealed and a definitive outcome may be some way off.”

The Retail Motor Industry Federation has expressed its concern about today’s ruling.

In highlighting the related developments earlier this year in Lock v British Gas Trading on the inclusion of commission in holiday pay, RMI director Sue Robinson said: "An employee’s holiday pay is currently calculated on their basic pay, but workers and trade unions have argued that overtime and commission payments should be included, due to the fact that in some business sectors they can form a large proportion of total ‘take-home’ pay.

“If the EAT rule in favour of the employees, then it is anticipated that up to five million people could be entitled to claim for extra holiday pay that, in some cases, may stretch back to 1998; when the UK implemented the Working Time Regulations.

“For businesses this could run into hundreds of millions of pounds in backdated pay for business to find. The issue has pitted the workers and unions, against employers and the Government; which has already argued that overtime should not be used in holiday pay calculations."

"The EAT held that Article 7 of the Working Time Directive is to be interpreted such that payments for overtime which the employees in two appeals before it were required to work, though which their employer was not obliged to offer as a minimum, is part of normal remuneration and to be included as such in the calculation of pay for holiday leave taken under regulation 13 of the Working Time Regulations 1998.  Those regulations could be interpreted so as to conform to that interpretation.

An appeal by Bear Scotland was thus rejected, as were (on these issues) appeals by Hertel and Amec.

A further appeal by Hertel and Amec against the ET's findings that the Claimants could claim the consequent arrears of pay as being unlawful deductions from their pay under the ERA 1996 (on the basis that on each occasion holidays were not paid in accordance with the true interpretation of Article 7 and the WTR the deduction was one of a series of deductions) was allowed insofar as in any case a period of more than three months elapsed between such deductions.  Their appeal against a conclusion that contractual payments for PILON should include payment for 44 hours per week (including 6 hours overtime) also succeeded, upon a construction of the relevant contractual provisions.

A cross-appeal by the claimants in Hertel and Amec succeeded against the ET's decision that taxable remuneration for time spent travelling to work did not fall within "normal remuneration" for the purpose of calculating holiday pay."

Court judgement could lead to millions in backdated commission claims