2015: manufacturer and dealer bosses have their say on the year ahead 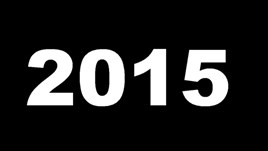 What are the industry’s hopes and fears for 2015? What are the challenges and opportunities, for manufacturers, dealers and the market itself? We asked some of the UK’s key players.

After a difficult few years and significant reduction of retail outlets, Renault UK is now rebuilding its network. “It’s obvious the franchise is gaining popularity,” said Ken Ramirez, MD of Renault UK. “The challenge for us is that we don’t take numbers for the sake of it, we need to have quality, and to be consistent with our goal to enhance customer service.” The brand has outpaced market growth for 19 consecutive months but Ramirez said the threat of interest rate rises was an obvious one.

Kia CEO Paul Philpott sees the opening of the brand’s Great West Road flagship dealership in London – scheduled for May/June – as a key opportunity in 2015. It will fill an open point and create a new experience showcase next to the busy M4. Furthermore, with 12,000 PCP contracts ending in 2015, compared to just 3,000 in 2014, there’s a big chance to extend the customer base beyond the incremental conquest sales of recent years.

Philpott added: “We have a chance to get them into another new Kia. That’s an opportunity but also a challenge. We’ve put a lot of training in place and we have to offer them something that will get them back into a new car.” Like Ramirez, he believes possible interest rates rises will have an impact on consumer confidence and buying power.

Growth is the big opportunity according to William Wang, MD of MG Motor, both in terms of UK sales and making a contribution to the global business. “The most important issue is to ensure customers and prospects receive a pleasurable and consistent product and brand experience,” Wang commented. He believes the biggest challenge is to continue improving the range “to combat competitor pressure”, positioning MG as a value for money choice.

The industry will always been product-driven so the biggest opportunity for Ford is its new models. That’s the view of Mark Ovenden, CEO of Ford. “We’re in the midst of launching New Focus and New Mondeo, 2015 will be the first year with our complete CV range, and at back end of it we have Edge from the US and finally I get to drive my Mustang company car!”

Ovenden said market overcapacity in Europe and the sluggish economic recovery there would continue to be an issue for him, adding: “The pound is relatively strong, so that makes Britain a very attractive place for all manufacturers to send their cars, and once they’re here they’re not going anywhere else.”

He’s also keen to avoid “the demonisation of diesel”, saying that  “uninformed speculation” about the pros and cons of the engines needed to be put in context. “We will also be working with our partners on the growth of digital and how best to blend that with our glass-and-steel infrastructure.”

Honda has had a difficult few years, but Leon Brannan, head of cars in the UK, said 2015 will be the first that sees the impact of renewed R&D investment for Europe. He stressed the business is 100 per cent committed to the region and to manufacturing in the UK.

He added that the goal was to restore the Honda franchise to its former strength – “to fall back in love with ourselves” – with six new models including the new HR-V, the Civic Type-R and the NSX supercar due in 2015.

“We need to catch up the rest of the market, and migrate our business towards a PCP culture and away from HP and cash purchases. We need to continue our focus on long-term service plans, to extend our lead in terms of service retention and achieve greater consistency in the way our partners deploy and exploit the Honda franchise.” Brennan said the aim for 2015 was to double profitability for investors and stakeholders by becoming the number one brand in the UK for customer loyalty.