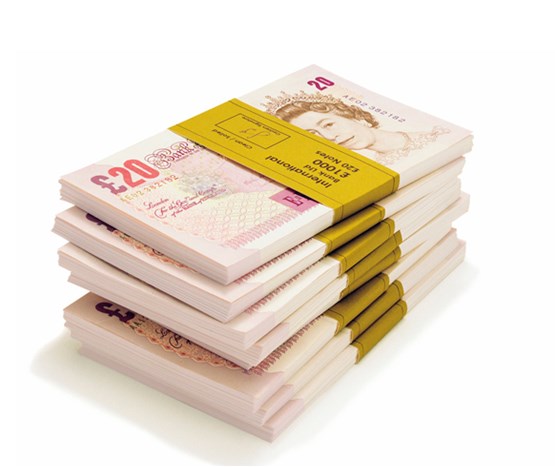 Franchised dealers’ financial performance at the end of 2013 has been judged as “exceptional” by market experts.

In its monthly review of financial composite data ASE has today revealed average profitability per site was at £206,000 for the calendar year, the first time this has been achieved – and driven by vehicle sales departments’ success.

“Whilst we were expecting significant bonus income given new vehicle registration levels during 2013, a profit of £21,000 for the average dealer in the month is exceptional.

“December has historically been a breakeven month, with bonus income making up for the fact that the service department is productive for just over half the month.

Whilst the average dealer did not quite get to a return of 1.5% on sales, the final result for the year of 1.47% is the highest since ASE has been reporting statistics on average motor dealer performance.

Success, Jones said, has been evenly spread across dealerships with the bottom 10% significantly reducing their losses and the top 10% of dealers averaging a return of over 5% for the first time.

The record performance has been driven by the vehicle sales department with the drop in the vital “vehicle sales expenses as a percentage of gross profit” ratio feeding profit straight to the dealership bottom line as a result of limited movement in aftersales and overheads.

“The outlook for 2014 looks rosy, with there being no let up in the growth in registration levels and the desire of the brands to drive the UK vehicle parc.

“This should improve overall vehicle sales profits, even if we see a fall in the return on sales percentage as OEMs increase volume targets.

“In addition we should see some growth in aftersales performance as a result of the increased vehicle parc of under three year old vehicles although this may be matched by increased overheads.” 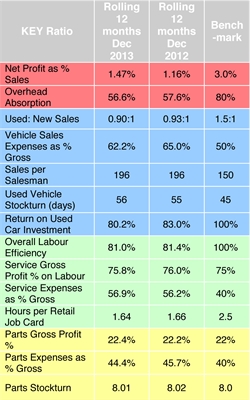