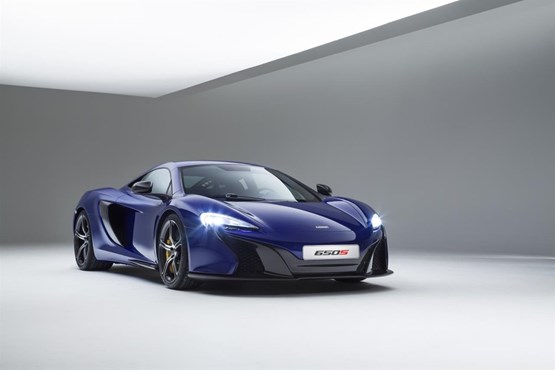 McLaren has revealed its new 650S Coupe, a new model in the range which is closely related to the 12C, but has new design, engine and performance upgrades.

McLaren has revamped the 12C with 25% new parts to create the 650S. Its engine has been upgrade and it features a transmission, suspension, brakes, electronics and aerodynamics overhaul.

The seven-speed dual-clutch transmission shifts more quickly, and there are other tweaks to enhance performance and driver enjoyment.

Mike Flewitt, McLaren Automotive chief executive, said: “As always with McLaren, the new design is there for good engineering reasons.

“Everything we’ve learnt from the 12C and the McLaren P1™ has gone into the design and development of the McLaren 650S.”

Options include fixed-back carbon racing seats, based on the McLaren P1, an electric steering column adjustment assisting ingress and egress, a rear parking camera and extended carbon fibre throughout the interior.

McLaren says the 12C will continue to be produced alongside the 650S and P1. The super car brand will also be launching its P13 model next year, a rival to the Porsche 911 which is expected to deliver higher volumes for the brand.