Electric vehicle maker Fisker in the hands of the Chinese 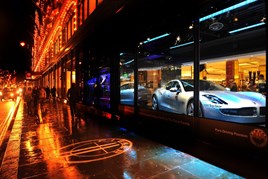 The assets of Fisker Automotive, the US premium electric car manufacturer, have been bought by China's WangXiang Group.

Although the Fisker brand and logo still belong to another company, Fisker Coachbuild, industry observers say WangXiang is committed to returning the hybrid-powered Karma to production.

In 2010 Fisker had said it wanted five or six dealerships in the UK selling its Karma, which it said was a hybrid alternative to a BMW 7 Series or Mercedes-Benz S-Class.

Reuters reports that Pin Ni, head of the U.S. unit of the Wanxiang Group, which acquired Fisker's assets for $149.2 million, said Fisker plans to restart production of the Karma as early as this year at the Valmet plant in Finland and start selling Karma cars again in the United States and Europe.

Ni said the Hangzhou-based Wanxiang is finalizing business plans for Fisker and doesn't have a forecast for how many Karmas it plans to sell.

"Obviously we want to sell more than what Fisker sold before under its previous management," Ni said. "We would like to restart Karma production within a year."

Fisker, which began selling the Karma in 2011, sold a total of 1,800 before it suspended production, falling far short of initial projections that it would sell 11,000 sedans by early 2012.