Why Williams Automobiles ditched the franchised dealer model for Morgans

Was this article useful?
13 people found this useful
6 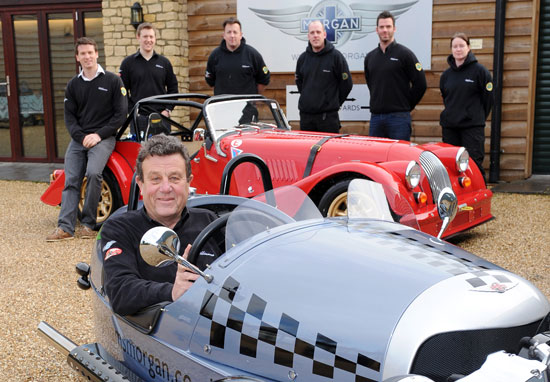 And that’s the point. After building up the business as a regional, family-owned group representing brands such as Saab, Škoda, Suzuki, Subaru and Isuzu, the chairman Richard Williams and his son, Henry, had become so disillusioned with the franchised dealer model they decided to get rid of all their volume brands, starting with Škoda in 2006.

The transition from volume group to sports specialist was completed in 2011 when Vertu Motors acquired Williams’ Mazda showroom.

Richard Williams retained the freehold on all of his previous dealerships and used the money to fund the new business, led by Henry.

Henry knew from an early age he would be moving into the family business. He had also decided early on which direction the company take.

“Dad used to drive over at least twice a week to my school and sit with me during prep time and we would talk about the future of the business even then,” he said.

“In 2003, we were at a bit of a crossroads, with seven franchises across a few different sites. We talked a lot about the franchises and the way the industry was going and even at 18, I knew that wasn’t the route I wanted to take the company.”

The process of selling to Vertu was speedy. Williams got the call that the deal was on, but it needed to be completed in two weeks. As luck would have it, Williams’ financial director had taken his first holiday abroad in 40 years, to attend his daughter’s wedding.

Henry said: “We worked 18-hour days doing our due diligence for two weeks to be in a position to sell the business.

“I wasn’t going to back out because of a tight deadline.”

Williams’ goal was to bring all the best practices from a larger business to a low-cost but user-friendly retail environment.

Williams kept the Morgan franchise and Lotus aftersales repairer status and decided to forge a new path, away from the traditional industry. A place where suits, ties and the hard sell were forbidden.

The quick sale did mean the business was left with surplus stock and a Morgan franchise with no dealership to put it in.

Williams moved its volume stock to a development site in Bristol and sent one of his sales staff to sell them from there  on his mobile phone.