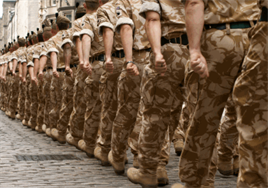 Dealer group Ford Retail, which operates 65 Ford sites in the UK, has redefined what makes a good sales executive after analysing the personality traits and abilities of its top salespeople.

It recruits up to 200 new sales staff each year.

"They would rarely, if ever, recruit someone who had never worked in the sector. The new recruits would inevitably be confident extroverts; the type of people you’d imagine would be successful in selling. And yet, across the group, there was a surprising inconsistency in their performance. Some sales executives were clearly better than others and we didn’t know why."

"We wanted to find out if there was a scientific explanation for why some people performed better in the role," said Ashcroft.

"We were hoping to gain some insights that would enable us to recruit more people who had the same qualities as our top performers."

Talent Q conducted a validation study of 205 sales executives from Ford Retail who had completed a personality questionnaire and ability tests (verbal, numerical and logical).

Each person’s results were compared against their sales profits, their sales volumes and their customer service rating over a four-month period.

The study found that those who achieved the most sales had certain characteristics in common.

For example, they were open communicators with strong verbal reasoning skills and an ability to build rapport.

However, those who rated highest for customer service had different characteristics: they were strong in empathy and were supportive, relaxed and consultative.

“Our philosophy is to create customers for life, not just make an initial sale, so we need to recruit well-rounded people who can perform well in both the sales and the customer service aspects of the role,” said Ashcroft.

“Talent Q created a consolidated ‘profile’ of the personality traits and abilities that would bring all-round success. This was effectively a balancing act. If someone is too strong at sales, they’ll be less good at service and vice versa."

“The beauty of a validation study like this is that you don’t just get opinions, you get proven data on what predicts high performance in a specific role.

“We were initially surprised by the results - consultative and supportive are not the traditional traits of a sales role - but actually it makes perfect sense. Today’s customers don’t want a fast-talking salesperson. When buying a car, there are now so many ways to source information that, more often than not, customers just need someone to guide them in making their final decision.”

All sales applicants now apply online. Those who pass an initial sift of questions are invited to take the personality questionnaire and verbal reasoning test.

The results of these are then compared against the ‘optimal profile’ for the role. Those candidates who match the profile are invited to an assessment day, where hiring managers make the final selections.

“We’ve effectively centralised the responsibility for hiring. We have a template of what ‘good’ looks like and we use this benchmark as a sifting tool. This takes a huge number of unsuitable applicants out of the process. Our hiring managers can then choose their candidates from a central pool, rather than having to manage the whole process themselves. This has made our recruitment process much more consistent, and it’s no longer subjective, so that’s a huge improvement.”

Having an optimal profile has also enabled Ford Retail to change the tone of its recruitment advertising and to widen its talent search.

“We’ve started to attend careers fairs for the first time and we’ve also been targeting former Armed Forces people who may not have previously thought that they were suited to a career in sales. We know the attributes we’re looking for, so we can cast a wider net to find the right people and train them in our way of working.”

Ford Retail claims this new process has improved the calibre of its recruits.

“Our dealership managers say we’re now bringing in better people than ever before. It’s too early to study what effect this has had on the business but anecdotally we’re hearing that there’s been a distinct improvement in performance.”

Similar validation studies are now being carried out for service advisors and aftersales staff.

AM Poll
Which aspect of your business will require most focus in 2021?
Vote
View all
1159