What impact will £500m have on EV and plug-in car sales in the UK market? 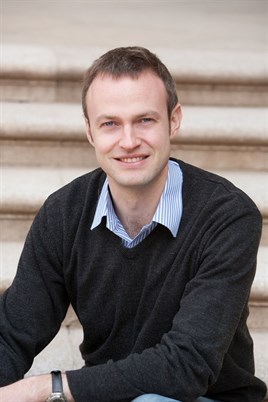 The Government has committed £500 million of additional spend between 2015 and 2020 to help drive the adoption of plug-in hybrid and electric vehicles.

The Plug-in Car Grant will get £200m from the cash injection to continue the scheme which offers £5,000 towards the cost of qualifying plug-in hybrids and EVs.

Andrew Hooks, director Gumtree Motors, answered AM's questions on the impact the news would have on EVs and plug-in hybrids in the UK car market.

AH: "As the automotive sector continues to be a success story for UK economic recovery, any help from government initiatives will clearly benefit the industry by bringing the cost of EVs closer into line with petrol and diesel alternatives.

"This additional investment helps with a crucial step in this journey – the continued development of EVs and EV technology.

"What we are bound to see is a roll-on effect i.e. If there are greater choices of vehicles that require fewer compromises, consumers will increasingly see EVs as mainstream options to be taken seriously when deciding to buy a car. A 2013 report from the Society of Motor Manufacturers and Traders revealed a 99% increase in EV sales compared to 2012 – showing that as long as the EV market continues to be supported by the government and car manufacturers, demand is bound to increase."

How many registrations do plug-in cars need to get to for dealers and consumers to start taking it seriously as a segment? Or do you think they do already?

AH: "The adoption of EVs is increasing yearly as consumers start to truly understand the benefits and options in the market. However, for dealers and consumers to be absolutely on-board, consumers need to see a wider choice of vehicles with solutions to some of the often-cited concerns with EVs, such as range.

"Once manufacturers provide such solutions (such as the range extender option for the BMW i3) and a critical mass of early adopters begins to use them, we can expect the mainstream market to begin to move towards acceptance of EVs as a genuine option. However, it remains to be seen how quickly such a transition will take place."

Is the UK’s energy production over reliant on coal?

AH: "In the UK, like the rest of Europe, low carbon prices and relatively high gas prices mean that coal remains a viable option for power. Having said that, the commitments from the government as well as public and private institutions in the area of renewable energy is encouraging. Just last week, the UK government agreed deals to financially support eight major new renewable energy projects that will power millions of homes. It claims the project will create 8,500 jobs, add 4.5GW of electricity capacity to the national grid, and is worth up to £12bn in private sector investment."

Can EVs still be seen as green by consumers in the UK when they are essentially being fuelled with coal? Does that even come across to consumers here?

AH: "This is an interesting compromise but it essentially boils down to how much coal is being used to generate the power vis-à-vis the environmental impact of the EVs – and this can differ regionally.

"For example, China generates almost all its power from coal so the environmental impact life of EVs is very limited. However in a country like Austria where their use of renewable energy is at 70%, the impact of EVs is significantly better.

"Even in the UK, where we do rely on coal for power, EVs are still to be considered efficient because you get more power at the wheel and distance per energy than conventional motors as it is not being converted to heat and carbon emissions through the exhaust. This will continue to improve as the UK reduces its dependency on coal."

Do you think EVs and plug-ins will become more common place among manufacturer model line-ups in the future? Will a 200 mile range and 5 minute fast charge time be the tipping point for EV to take off in the mass market? Please add your views in the comment box below.