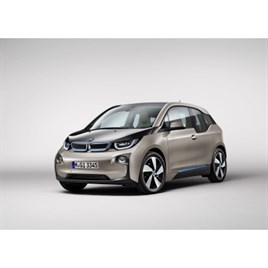 The Government has committed £500 million of additional spend between 2015 and 2020 to help drive the adoption of plug-in hybrid and electric vehicles.

The Plug-in Car Grant will get £200m from the cash injection to continue the scheme which offers £5,000 towards the cost of qualifying plug-in hybrids and EVs.

The Government will be spending £32m on installing rapid chargers at every motorway service station before the end of this year and a network of 500 chargers before March 2015. The rapid chargers can full charge plug-in cars in 20 minutes.

Rapid chargers will then be installed across M and A road networks in the UK by 2020. Local councils will also be able to bid for a share of £35m to encourage consumers to use plug-in cars.

Deputy Prime Minister Nick Clegg said: “Our economy is growing thanks to sectors like our thriving automotive industry that are helping repair and rebalance the economy, building a fairer society for this generation and the next.

“The UK has the potential to emerge as a world leader in the development, design and manufacture of green vehicles.

“Owning an electric car is no longer a dream or an inconvenience. Manufacturers are turning to this new technology to help motorists make their everyday journeys green and clean.

“This major investment is there to make driving an electric car affordable, convenient, and free from anxiety about the battery running out. But it’s also about creating a culture change in our towns and cities so that driving a greener vehicle is a no-brainer for most drivers.”

BMW UK welcomed the Government’s announcement as it is set to benefit with its new i3 and i8 models.

Tim Abbott, BMW UK managing director, said: “The Government’s funding commitment provides certainty that the UK is serious about embracing these new technologies and complements the very substantial investments being made by industry to introduce innovative lower-emission technologies that are not only exciting for customers but also good for the environment.

“The development of rapid charging infrastructure, together with the continuation of the Plug in Car Grant, is particularly important in giving potential electric vehicle owners the additional confidence some of them might need to make the switch.”

Since its launch in November last year, BMW has an order bank of over 1,000 sales and confirmed orders for its i3 model.