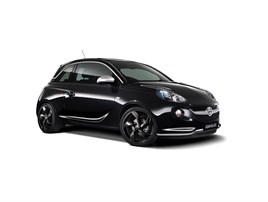 Peter Vardy has opened a new Vauxhall dealership in the Edinburgh commuter town of Dalgety Bay.

The site was previously Steve Curtis Cars but will be redeveloped with the latest Vauxhall corporate identity standards.

The new showroom, at Harbour Way in the Fife coastal town, will be a Vauxhall dealership with between 60 to 70 cars on the forecourt.

Peter Vardy, chief executive, said: “Dalgety Bay is a prime location for our business and we are delighted to have acquired what we believe will continue to be a very successful authorised Vauxhall dealership in Fife.”

Billy Fraser, takes over as branch manager at the Dalgety Bay site.

Fraser, currently sales manager at Perth, will oversee the existing team of 11, all of whom will retain their positions, as well as recruiting another six colleagues.

Once established, Fraser will also liaise with staff to identify a local charity partner.

Peter Vardy nationally donates 10% of all its profits to charitable purposes and each dealership has an individual charity partner which it supports and promotes.