How Holdcroft Group built its award-winning fleet business from scratch 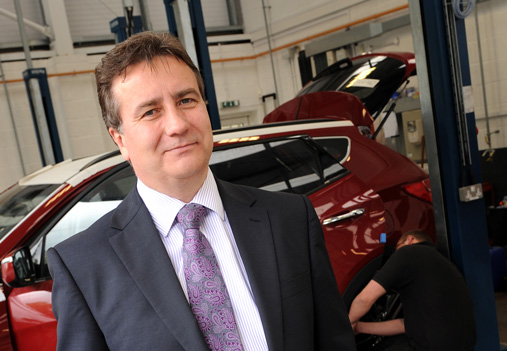 Many dealers argue there is no money in fleet and only get involved because car manufacturers tell them to. It’s a world of heavy discounting, and high service levels make it labour-intensive. But it also happens to be 50% of the UK car market.

Malcolm Pearson, fleet director at Holdcroft Group, the winner of Best Fleet Dealership at the AM Awards 2014 (see panel, right), was attracted to the business four years ago to build a dedicated fleet operation from the ground up.

The desire to build a fleet operation was driven by Darren Holdcroft, the Staffordshire dealer group’s managing director, who believes in the company vision that it should service its local customers – and that includes businesses.

Pearson told AM: “The key to making money from fleet is putting the effort in that it needs and supporting it with processes to make it work.”

Holdcroft has come up with a structure of working that has led to a 100% customer retention rate.

Over the past four years, the team has grown from five people to 17, with further expansion planned this year.

“We’ve been investing in the poor times,” said Pearson. “There have been other companies I’ve worked for where they say the boat has to creak before you get some more paddles. We have been focusing on getting a good operation going and only going to market when we’re ready.”

The business needed investment and had to go through several changes to prepare it for courting fleet customers.

AM asked Pearson what advice he would give to dealers looking to take fleet more seriously.

“I’m a big believer in separating the control of fleet from a retail sales manager or dealer principal,” he said.

“Most don’t have a sufficient knowledge of the fleet industry to do the best job possible. You have to invest in the proper resource, you can’t afford to skimp at it.

“Employing one person won’t cut it. That person might sell 10 vehicles, but he’s then got to administer and deliver those cars. Customer service will always be affected.

“If you have the right support and the right process, you can let sales people focus on selling and not delivering and administering.”

Choosing the right tools for fleet

Pearson’s first step was making sure the fleet team had the right software and training to help them offer the right service level for fleet customers. This included IT, infrastructure and office administration systems.

“A lot of dealer groups will act a bit like a call centre when they have a centralised function,” said Pearson.

“They’ll take an enquiry and then have to go to someone else within the dealer group to get an answer to a question and then go back to the customer.

“We trained our people so they’re not middlemen. If someone calls or emails, we can give them the answer straight away.” Pearson believes this can save hours in lost time and inefficiencies each day.

Leasing companies gauge dealers on how quickly they respond to enquiries and most of those that deal with Holdcroft have a service level agreement to respond within an hour.

One simple measure Pearson put in place was a group email. Everyone on the team has access to it and if a team member is on holiday or ill, the enquiry is still picked up.