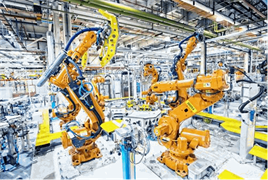 Jaguar Land Rover is creating 250 new jobs with the confirmation that Halewood will be the home of the new Land Rover Discovery.

The additional jobs announced to support JLR’s newest model will see the Halewood workforce reach 4,750 – more than treble the number employed there in 2010.

JLR chief executive Dr Ralf Speth said: “The Land Rover Discovery Sport is the next in a line of exciting new products to come from Jaguar Land Rover. I am delighted that Halewood – and Liverpool – has been selected for this new investment. It is totally deserved, and strengthens the ‘special relationship’ that bonds Jaguar Land Rover to this great city.”

The Halewood plant, which is already home to the company’s fastest selling model ever - the Range Rover Evoque - has benefited from a £200 million investment to support the introduction of the first member of the all-new Land Rover Discovery family. This takes the total amount invested in Halewood over the last four years to almost £500 million.

The new Land Rover Discovery Sport goes on sale in 2015.

The announcement also sees a doubling of investment in the plant since 2010.

Halewood became home to Jaguar Land Rover’s top selling model, the Range Rover Evoque in 2011. Within two years the plant had produced more than 200,000 vehicles, a record volume for a single vehicle line at any JLR facility.