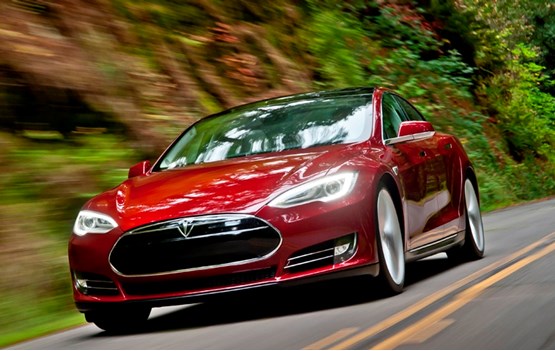 The USA's National Automobile Dealers Association (NADA) has created its own promotional campaign to describe the benefits of using franchised car dealerships vs buying direct from manufacturers.

The video has been created following Tesla’s approach to automotive retail in the US which is selling direct to consumers without franchised dealer partners.

Tesla has been banned from selling direct in certain US states following pressure from NADA and US state laws which believe "direct sales restrict a free market". While Tesla's sales are modest in comparison to more established volume players in the market in the US, dealers are concerned that more manufacturers will look to "cut out the middleman" and sell directly consumers too.

Tesla is bypassing the blocks on direct selling by having customers order online, which they can already do away from the showroom anyway.

Tesla UK and ireland director George Ell told AM he is not expecting to run into the same issue with opposition from dealers in the UK.

Tesla is looking to establish more dealers in the UK to expand from its single site in London. Customers that order the Model S currently do so by ordering online away from the showroom or by completing the order process online in the dealership.

According to NADA's president, Peter Welch, "NADA's efforts will set the record straight about the benefits of the dealer franchise network for consumers, manufacturers and local communities everywhere. New-car dealers provide the best and most efficient way to buy and sell cars for both consumers and manufacturers, despite the misinformation and misconceptions that have surfaced over the last several months."

2. Consumer Safety – New-car dealers take the side of consumers in warranty and safety recall situations