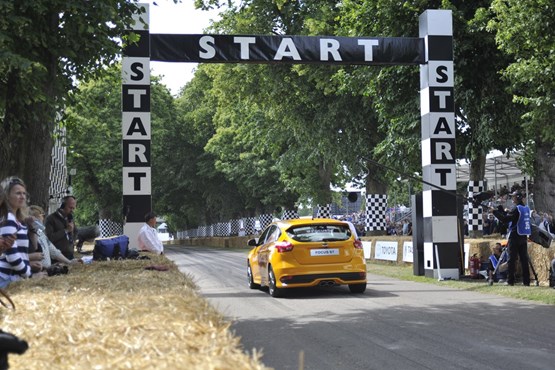 Ford is marketing its facelifted Focus ST by engaging with video gamers through a race between Top Gear’s former Stig on the real hill climb at Goodwood against a player racing on a virtual copy of the track.

The race was shown live on giant screens to tens of thousands at the festival, with visitors later able to set their own time on Gran Turismo 6 simulators on the Ford stand, where the first diesel-powered version of the new Focus ST was revealed by Jim Farley, Ford executive vice president, global marketing, sales and service, and the creator of Gran Turismo, Kazunori Yamauchi.

The game replicated the conditions and features on the day itself as closely as possible – right down to the tyres.

The real Focus ST posted a time of 1min 5.13sec, with the virtual model only a tenth of a second behind, covering the climb in 1min 5.23sec.