Guest opinion: Driverless cars - let's think ahead before the cars do it first 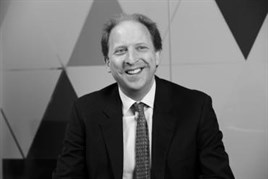 Author: Oliver Rix (pictured) works at The Baringa Partners, an independent energy consultancy working with the likes of DECC and Ofgem. He is a partner in the Energy Advisory Practical.

"In the late Iain M. Banks’ classic Culture series of science fiction novels, it is noteworthy that pan-galactic civilisation is effectively governed by intelligent vehicles (albeit in the form of 100km-long all-powerful warp-speed spacecraft, rather than the odd Fiesta with a TomTom).

As the development of driverless cars back here on Earth continues apace – including the recent announcement from the Government of pilot schemes to get cars without drivers on the road by 2015 – you can see why vehicles could indeed be the place where artificial intelligence really does develop.

This is down to the given the challenges of real-time sensing and information processing, communicating with potentially hundreds or thousands of other road users or interacting objects, dealing with decentralised versus centralised decision-making, and ultimately, and in extremis, having to make what will effectively be 'moral' split-second decisions (run over the neighbour’s cat or give the kid on the back seat whiplash?).

Whilst the potential for this technology, in the long run, to have a huge impact on road safety should perhaps be the primary reason to support it, it is interesting to consider how transformational it could be for energy systems.

From a pure efficiency perspective there should be substantial gains.

Much smoother driving speeds will reduce energy use, as well as reduced drag through concepts such as car trains.

But it could also have a profound effect on the role of electric vehicles (EVs) in a decarbonising world.

Whilst some see EVs as a ‘must-have’ part of a low carbon future, others are less clear-cut.

But either way, most modelling has simply tested the replacement of internal combustion engines with electric motors, rather than exploring changes to the pattern of use.

When we are talking about long-term (2050) scenarios perhaps we need to start re-considering this.

One of the best fits for EVs from a trip pattern perspective is urban driving – but this does not fit well with typically very limited off-road parking (how do you plug your car in?), creating a potentially big barrier.

But a car that can tootle off to a local fast-charge point on its own when you’re not using it (and potentially park itself somewhere else as well) would be a different story (as well as potentially significantly reducing the distribution network upgrade costs).

And at an even more basic level, EVs are simply projected to be significantly more expensive than conventional vehicles for a long time to come.

But driverless cars could facilitate a completely different personal transport model, at least in urban areas, of car services rather than car ownership – which could correspondingly hugely increase vehicle utilisation and dramatically reduce the system-wide capital costs of a transition.

Whilst it will be fascinating just to observe the progress of driverless technology, those of us working on longer-term scenarios for our clients (and not just in energy) need to get our thinking caps on – before our cars beat us to it."